Appliance Anxiety: Replace It or Fix It?

APPLIANCES — big, sturdy labor savers — seem like they should last forever. But according to data from Consumer Reports, at least a fifth of gas ranges, dishwashers and washing machines broke within three years. And pity the purchasers of side-by-side, French door refrigerators with ice machines and dispensers: after three years, 37% of them needed service.

With 20.96 million major appliances shipped to retailers in the United States in just the first four months of this year, that’s a lot of broken products in America’s future.

Retailers have long advised that it often makes sense to buy a new product rather than repair a broken one. They use the 50 percent rule: if a repair would cost half or more of what it costs to buy a new product, the product should be replaced. Premier Appliance Repair technicians think otherwise- if appliance repair costs half of the new unit, consumer should repair it, even though they have their own store and carry all leading brands at huge discount prices. Explanation? Consumer is going end up in the same situation with the new appliance right after the factory warranty is expired. This is their statistic and what their technicians are seeing on the daily bases. But getting anything repaired can be frustrating. To stay profitable, service companies book multiple appointments on the same day, forcing consumers to sit home and wait for hours. And because it would be impossible for technicians to drive around with every possible replacement part, some repairs require a follow-up visit, which is an inconvenience. Most appliance repair companies have two or three techs at the most and cover certain areas/ zip codes only, and since they don’t have the volume and variety of brands that they are working with, they do not want to stock parts. With Premier Appliance Repair you don’t ever have to sit and wait for hours for techs to show up! They let you know in advance when they will arrive-whether it’s 20 minutes prior to the appointment or an hour. Premier Appliance Repair has the man power to cover all of San Diego County and yes, yet it is impossible to stock all the parts for every brand, but they have the capability of carrying more than most so the job more often than not, gets done on the same visit!

Typically manufacturers outsource warranty service to another company, which subcontracts the actual work to a third party. So after contacting the manufacturer, consumers frequently find themselves calling yet another number, and then later, after the service call has been arranged, communicating with a third party — who inevitably seems to have a different idea about when the work will be done and what the warranty covers is enough to cause the consumer appliance repair rage! This  rage has driven at least one person, a 42-year-old woman in northern England who says she endured six months of rescheduled appointments and other delays, to hold a repairman hostage until he fixed her washing machine. “I am not proud of what I did,” Tracey Fox told The Daily Telegraph in January, “but it was the only way I was going to get something done.” Premier Appliance Repair technicians find it interesting, that if you take five minutes of your time and educate the consumer on what is ahead when a refrigerator is not working but it’s under warranty and they need to contact their specific manufacturer who will send “authorized service” to work on the appliance free of charge, many customers don’t care, and want Premier to do the job! Because after the nightmare of dealing with the manufacturer, comes the bill! “Manufacturers intentionally charge a lot for replacement parts as a way of encouraging consumers to buy more products”, said Ronald Sawyer, an appliance servicer in Cohoes, N.Y., and a founding member and executive director of the Professional Service Association, an appliance repair industry group. “When manufacturers came up with a machine that retails for $400, that price covers all parts,” he said. “But when it breaks down and you needed a new timer, the timer alone could cost $250. Manufacturers create the technology when they design new machines, they control the manufacturing process, make the replacement parts, so we’re at the mercy of the manufacturers.” LG Electronics was the only one of the five biggest manufacturers to acknowledge that replacement parts can be costly. (General Electric, Electrolux and Samsung all sidestepped the question. Whirlpool said it could not respond by press time.) John I. Taylor, a vice president at LG Electronics USA, said the reason parts can cost half or more of the price of the appliance is that “there are thousands of specialized parts for appliance products — maintaining inventories of replacement parts that may or may not get used can be costly.”

The complexity of warranties makes matters worse. Years ago, most manufacturers gave warranties of at least two years. Now, warranties on most midrange appliances are just one year, say retailers and service providers. (Boutique companies like Sub-Zero and Miele typically provide coverage for longer periods.)

The best way to avoid the hassle of repair, according to numerous repairmen and Consumer Reports, is to buy the simplest possible appliance. “The more doo-dads, the more stuff you add to an appliance, the more likely it’s going to need a repair,” 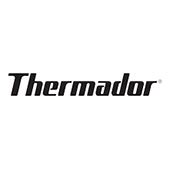 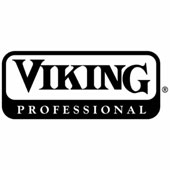 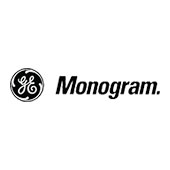 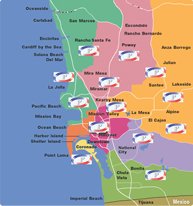